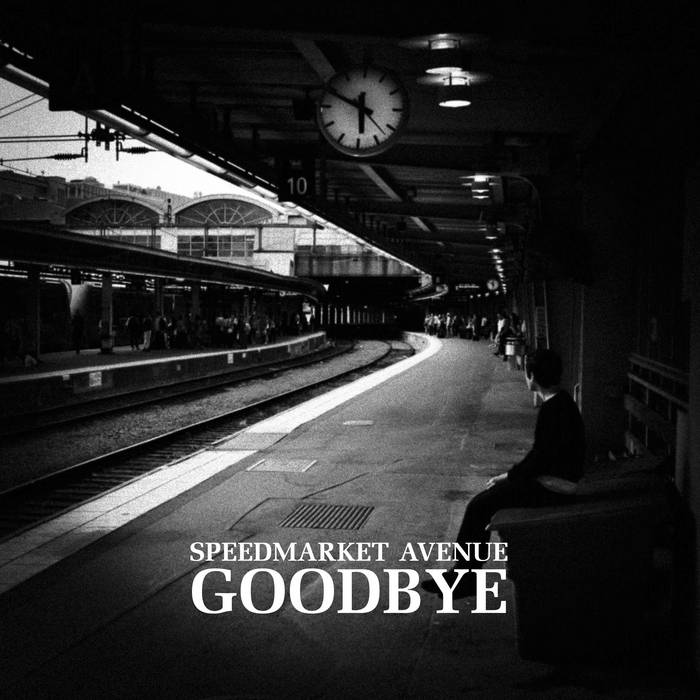 It’s hard to believe, but it has been almost four years since that “Way Better Now” that we enjoyed so much, and that brought SPEEDMARKET AVENUE international recognition, especially in Sweden and England. But those four years weren’t in vain, and our stars have grown, and the group has grown with them. Evolutionary processes and above all Isak Klasson’s emotional break-up with his partner have given shape to this seven-song Mini-LP, “Goodbye”, which is also a break from the group’s musical past. It’s a break-up album in all respects, from the same conceptual school that FLEETWOOD MAC’s “Rumours”, Frank Sinatra’s “Watertown”, TREMBLING BLUE STARS “Her Handwriting”, and Bob Dylan’s “Blood on The Tracks” came from. But it’s simply a conceptual similarity; the music is too different to even compare it to those things. They are a band, which want to break from their chains and leave the past behind them.

There is one thing that hasn’t changed: SPEEDMARKET AVENUE are still capable of sounding personal, different, with no clear comparison, but holding on to their pop spirit and their capacity for marvelous melodies. The difference is that now the artists have grown, the summits are sharper, the peaks all filed to points. It’s like ARCADE FIRE with a special vision to achieve the perfect melody, capable of containing the intensity and delivering it in smaller, more palatable doses. The songwriters’ themselves define the album as dark-pop but, despite the frank and woeful feeling of the lyrics, the album gives off energy and vitality, turning pain into an impulse for continuous movement forward.

The album is musically exquisite, impossible to define apart from as a sum of the details that make up their personal language: like on “You Can’t Follow” and the ABBA-styled piano, or that fantastic “Goodbye” where we can feel THE TRIFFIDS in the dark beat. There are also unexpected moments, like on “Winter’s Been Long”, with its monotonous atmosphere that makes us think of Germany’s LA DUSSELDORF. But the band has always been characterized by its great melodies, and “How I Miss You” and “Open House” belong to the same harmonic school as any good song from THE JESUS & MARY CHAIN or Joan Baez.

Mixing guitars and synthesizers, echoes of the seventies and the eighties, and incredible choruses, “Goodbye” is such an exciting, unique, and magnificent album it takes your breath away. It will be released on a 10” vinyl, a format that Elefant Records continues pushing for, and which we're treating like a normal LP in every way possible. Without a doubt, this is a new paragraph in SPEEDMARKET AVENUE’s career, and it can only make them bigger. Continuous growth.

Bandcamp Daily  your guide to the world of Bandcamp